THE  HEDONISTIC  IMPERATIVE
Heaven on Earth?

"Whatever was the beginning of this world, the end will be glorious and
paradisiacal, beyond what our imagination can conceive"
Joseph Priestley
(1733 - 1804)

Try summoning up the most delightful fantasy you can imagine. Try and imagine feeling more blissfully fulfilled in pursuing whatever you love and value than you've ever felt before.

Unfortunately it's quite futile. We run such simulations on legacy wetware. Even the most virile imagination glimpses only a shadow of the biological nirvana awaiting our descendants. For decoding the human genome allows happiness beyond the bounds of contemporary human experience to be genetically pre-programmed by rational transhuman design. In a post-Darwinian era of paradise-engineering, life on earth promises to be inconceivably good.

The Hedonistic Imperative (1995) predicts we are poised to explore a spectrum of outrageously beautiful states of consciousness. States of consciousness far more sublime than today's fleeting "peak experiences" can potentially imbue the texture of everyday life. In contrast to our animalistic mix of pleasure and pain, utopian biotechnology will permit our genetically enriched descendants to be animated by gradients of immense well-being. In the new reproductive era of "designer babies", an informational economy of mind based on innate bliss can form the bedrock of invincible mental health.

Early in the 21st Century, the prospect of paradise-engineering still sounds weird, Brave New Worldish - and perhaps "unnatural". Yet the metabolic pathways underlying heavenly states of consciousness are neither more nor less "natural" than any other patterns of matter and energy instantiated elsewhere in space-time. Knowledge of these (hitherto) genetically maladaptive forms of mental life has mostly been impossible to emotional primitives like us. This is because of the pressure of natural selection. Cruelly, any genetic blueprint for naturally "angelic" minds [if evolved blindly via the mechanism of natural selection acting on random genetic variations] would entail crossing dips in the evolutionary fitness-landscape. Such jumps are forbidden for reasons of neo-Darwinian theory. So truly beautiful minds never evolved; brutish Darwinian lifeforms were selected instead.

Fortunately, thanks to genetic engineering, a spectrum of mental superhealth will soon become safely accessible to all. Better still, primordial-DNA-driven minds are destined to redesign themselves out of existence. An enriched neural architecture will then disclose modes of ecstatic bliss far more intense, diverse and exhilarating than a drug-naïve hunter-gatherer psyche can comprehend. Such magical kinds of happiness are only travestied, alas, by the dry textual placeholders found here. Such happiness is only travestied, too, by today's short-acting euphoriants or wirehead rodents.

For within a few generations, lifelong bliss that exceeds any fantasised Christian afterlife can become the genetically-coded basis of our existence. If we want our kids to enjoy mental superhealth - emotional, intellectual, and ethical - then we can design their genetic makeup to ensure every moment of every day is a sublime revelation. Gradients of well-being surpassing our own lame "peak experiences" can be their everyday norm of mental health.

On this scenario, Post-Darwinian superminds will go on to rewrite the vertebrate genome, redesign our whole global ecosystem, and abolish suffering and cruelty throughout the living world. The abolitionist project has an overriding moral urgency. Yet the conquest of suffering is just the beginning. The molecular biology of paradise may be closer than we think. 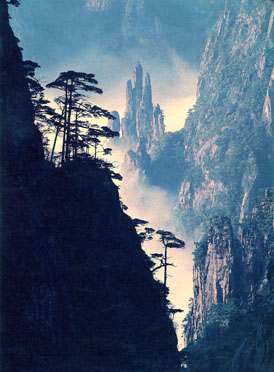